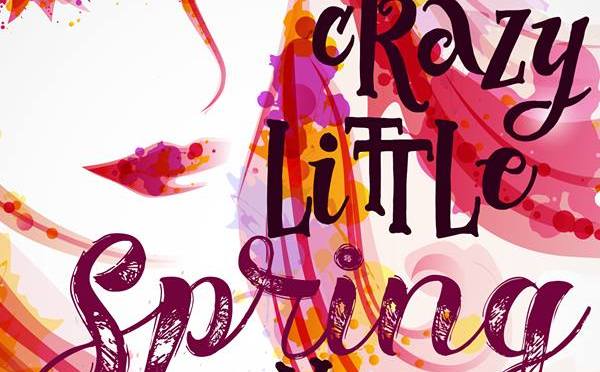 The authors of the stories in Crazy Little Spring Called Love (order here) sat down to answer some questions for their readers. For links to the full list of interview questions, teasers, and more, visit the blog tour page.

Who is your heroine? How does she see herself? How do others see her? 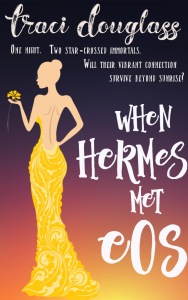 In mythology, Eos is the goddess of the dawn and Spring. Many historians believe that the term Easter derived from her name. Her job, in the simplest terms, is to herald each new day. At the beginning of my story, Eos sees herself as a caretaker—the rock steady center for her siblings and something of a martyr. So much so that she’s willing to take the blame for a crime she didn’t commit. Aphrodite sees her as a man-stealing slut. And Hermes—well, he sees her as the intriguing, powerful, beguiling woman of his dreams.

Pennora is a fairy who gets her magic from nature, and is inherently beautiful. Ask any human who sees a fairy and they’ll agree. Pennora just doesn’t get that even with a mangled wing, she’s still beautiful. It takes falling in love for her to see her inner beauty through Edward’s eyes. 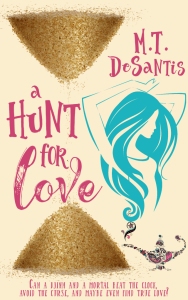 “A Hunt for Love” starts with Janessa (heroine) stating how long it’s been since she’s been out of her planter–the item she inhabits as a djinn. From the minute she’s out in the spring sunshine, it’s clear she loves light and warmth and that she desperately does not want to return to the cramped darkness of her planter. Her needs are pretty small. She wants to be happy and genuinely cared for, rather than only used by people who want power. Adam (hero) can’t quite believe Janessa’s a djinn at first. As the story progresses, he sees what, but more importantly, who she is—someone who got handed a really crappy lot in life that she doesn’t necessarily deserve.

Leora has wanted to be a healer like her father since she was a child. But her society is very community-oriented, and career choices are restricted to the needs of the community. So by the time she turned thirteen and could choose her career path, her father already had an apprentice–her brother’s best friend, Reed, who didn’t really want the job. Leora sees herself as someone who only reluctantly plays by the rules, and feels stymied and thwarted in her hopes and dreams. Others see her as competent, intelligent, and fair. Reed thinks she’s gorgeous, and doesn’t understand why she hates him.

Svildna is a bad-ass mermaid. She thinks of herself as plain because she’s not the sort to sit on a rock combing her hair, much more the type to gut a seal. But she still catches a lot of attention from the sailors she works for when she forgets to wear her seashells.

My heroine is named Carson – a moniker my eldest would have had if I had not rethought it. Carson was a character in a movie from my youth that I still love called “Shag” referring to the dance craze in the early 1960’s, and was played by Phoebe Cates. I loved that the name was both male and female, and I decided to play with what it would be like if a Carson met a Carson and sparks ensued.

Rena is a member of the Heathen, a nationwide network of families that are involved with a lot of underground activities. She is very loyal, even though she objects to some of the Heathen’s ways, but doesn’t really like following rules that she doesn’t believe in, and that gets her in a lot of trouble.

One thought on “Heroines and the Crazy Spring Love Authors”

Hiya, I’m L.J. a geeky, queer, award-winning author. I fully embrace adventure, magic, romance, and the power of escapism. If you aren't into any of those things... how did you find me?
If you don't hate joy...

Embrace adventure, magic, romance, and the power of escapism.